Top Software Companies in India – List of popular IT software companies in India for 2017-2018 : India is one of the best destinations in the world around for IT-enabled services (ITES). India boasts of many of the reputed companies that are popular globally in the field of Information Technology (IT) and software industry.
These companies have crossed the boundaries and they are providing IT and software related services to several top-notch Fortune 500 companies around the world.
Top 10 SEO companies in India
Search latest IT Software Jobs in India
India has become a hub place for IT and Software related services. The IT companies described in this list confirm the same story with a common vision to deliver the best IT services to India and to rest of the world.
Please Note-This list of  the Top IT companies is comprised of the rankings released by renowned org. National Association of Software and Service Companies (NASSCOM) for the year 2017-18.
IT Industry ratings, reviews of top IT and software companies by Nasscom for the year 2017-18 are still due.
Employers post jobs for Software vacancies

TCS is a leading Indian IT and software company and it also deals mainly in services relating to business solutions and BPO & IT outsourcing. TCS is Asia’s largest IT service provider and IT Services exporter and has 142 branches in as many as 47 countries globally .

TCS is also ranked at 21 in the list of global IT services ranking of service providers and with its market cap reaching $ 52 billions makes TCS surely one of the biggest IT companies in the world.

Infosys Technologies Ltd. was founded in year 1981 by group of 7 colleagues including the 2 very famous leading men : N R Narayana Murthy (retired from Infosys in 2011) and Nandan Nilekani (Former NASSCOM head) . Infosys has become the second largest IT company in India with 130,820 employees (including all its subsidiaries) as of March 2011.

Infosys also got a mention by Forbes magazine as one among the Global High Performers as well as Infosys is also ranked 28th globally as an IT Service provider ..

The Infy hallmark architecture. Its the multimedia studio in Infosys Bangalore.

WIPRO-Western India Vegetable Products Limited was founded in 1945 by Late Mr. M.H. Hasham Premji (Wipro, as the name full form suggests, was initially started as a vegetable oil manufacturing company in Amalner, Maharashtra).WIPRO has emerged as a global brand and it’s a pioneer indian company, mainly now dealing in Business Process Outsourcing, IT and Software services.

HCL [Hindustan computer limited),founded in 1976 by Mr.Shiv Nadar, is a global Electronics,Computing and IT company, headquartered ind in Noida (UP, India ).
HCL has its two subsidiaries as HCL Technologies and HCL Infosystems.
HCL initially was focused on Computer manufacturing and IT hardware markets but after 1996 it shifted its focus towards IT and BPO services and presently HCL is among India’s very reputed and renowned IT and Hardware companies..HCL Revenue increases US $ 5.9 billion (2011)
Employees : 80,000 (2011) 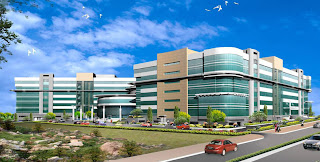 Tech Mahindra Ltd ( TechM) was founded in 1986 and it’s headquartered in Pune ( India). TechM is a Joint Venture company between the Mahindra Group and BT Group plc, UK.According to NASSCOM, Tech Mahindra is 5th Largest IT and Software exporter of the country and according to ‘Voice & Data’ TechM is the No.1 Telecom Software Provider in India for the year 2009-10.

MphasiS Limited, the one among top IT companies in India, is a subsidiary of Hewlett-Packard( HP ) and it was Incorporated June, 2000.

Mphasis is a prestigious IT company Ranked 6th position among top 20 IT companies in India by NASSCOM with more than 38,000 employees in 29 offices in 14 countries with delivery centers in India, Sri Lanka, China, North America and Europe. It’s headquartered in Bangalore, India.Mphasiss Net Income increased US$185.79 million during financial year 2009-10.

As one of the reputed and popular IT Software companies in India, Patni Computer Systems Ltd ( as formerly known) or iGate Patni was founded in 1978 and it’s Headquartered in Bangalore, India.

Initially Patni Computers was started in the name of Data Conversion Inc in 1972 by Narendra Patni, its founder.Patni Computer System Ltd was acquired by its major shareholder iGate in 10th January 2011 and now the company is known as iGate Patni.iGate Patni’s astounding growth story can be understood by the fact that it had only an 80-crore revenue in 1996 that reached to 656 million USD till 2009.

iGate Patni employes 17,642 people and has 23 global offices across the Americas, Europe, and Asia-Pacific.

Ranked as 10th by NASSCOM among the top 10 IT and Software companies in India in 2010 – Larsen & Toubro Infotech Ltd. (L&T Infotech) is a subsidiary of Larsen & Toubro and it’s headquartered in Mumbai, India.

L&T Infotech was founded in 1997 and now it employes 14,468 people as of march 2011-It is one among the famous and reputed Top IT and software companies in India.

CSC mainly deals in IT services and IT consulting sector and it started operating in India in 1991 and it’s headquartered in Chennai, India.

CSC is among the very renowned IT software companies in India and it has it’s offices in 7 cities in India- Noida, Indore, Hyderabad, Chennai, Mumbai, Bangalore and Vadodara, and it employs more than 20,000 people globally.

CSC -It was started by two men, a hundred dollars, and a dream!
10 Best Companies to Work for in India

32 responses to “Top 20 Best IT-Software Companies in India for 2017 in terms of Growth, Valuation, & Employment”